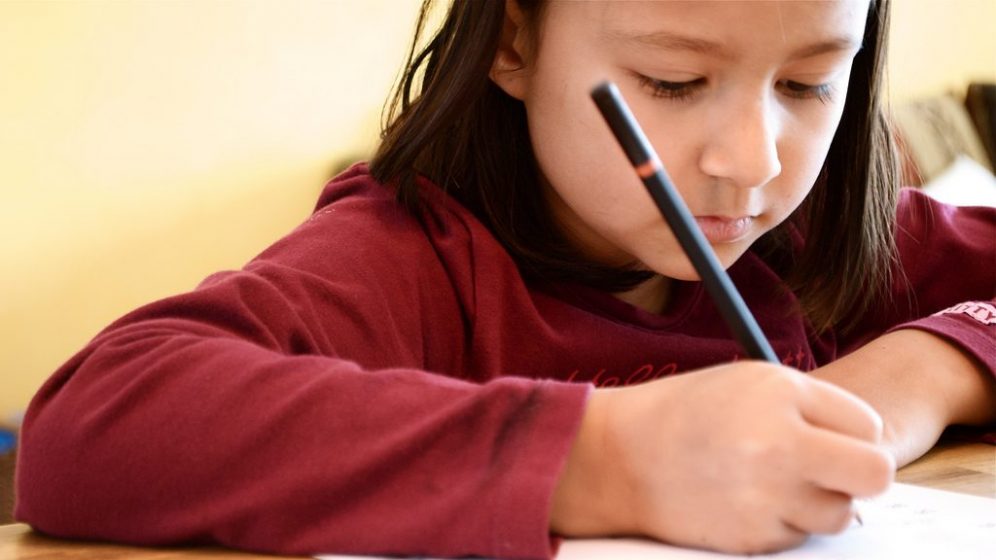 Children around the world are being taught in school from an early age to believe that vaccines are safe and effective as part of their education. Not only is there evidence to support this fact, but there is also evidence that many children are being regularly brainwashed to believe that if they do not receive their vaccinations, they could get ill and die from vaccine-preventable diseases.

The Learning Network, which works in conjunction with The New York Times, lays out a series of lesson plans for teachers in the US, including a lesson titled Fighting Disease: Researching the History and Biology of Vaccines. This lesson in particular should interest the many parents who are unaware that their children are being brainwashed to think in a particular way when they send them to school. [1]

Overall, there are a total of six different quizzes covering various topics, including the following: the immune system, vaccines today, vaccine safety and vaccines in history.

In quiz number one, the students were asked to evaluate the following six statements to determine whether or not they believe them to be true or false:

The quiz was presented to the students electronically, and after they had provided a true or false answer, they were given a score with the correct answer along with an explanation. The answers to the above questions were as follows:

Each statement is ambiguous in content; in other words, it is open to more than one interpretation. However, if you continue to read through the different lessons provided, it soon becomes clear that our children are being indoctrinated and prevented from being able to think for themselves. This mind-controlling technique is called neuro-linguistic programming (NLP) and it is often used in an educational setting to influence the way children think.

Mr. Brian Gerrish has been discussing the subject of NLP for many years. In his article titled From Magic to Madness – The Government’s NLP Assault on Our Minds, he stated that:

Gerrish believes that governments are using NLP to influence the way that we think and learn to benefit their agenda and he could be correct, because when it comes to vaccinations, governments are inventing more and more ingenious ways to promote vaccination safety.

Comic Strips are Recommended to Teach Science in School

In 2014, cartoonist Maki Naro produced an online comic strip titled Vaccines Work. Here are the Facts. Hailed a success, Naro’s comic strip has been backed by the Bill and Melinda Gates Foundation, and according to several websites, Naro has “done a champion job” at smashing the anti-vaccine misinformation to pieces. [3-5]

In fact, according to scientists from Oxford University, comics such as this one have found their way onto the shelves of school libraries and classrooms. This is because there has been a growing interest in studying the uses and applications of comics in educational settings, including formal and informal science education. [6]

At first glance, Naro’s comic appears to be bright, colorful, fun and full of information. However, on closer inspection, this comic is actually little more than an educational tool, engineered to brainwash children into believing exactly what governments want them to believe.

Underneath the heading, Naro had written that:

“The risks, the misinformation, and the science behind history’s greatest life saver.”

Having never seen any real science proving that vaccinations were history’s greatest life saver, we were intrigued to discover more about exactly what science Naro had revealed.

“In 1798, smallpox was killing hundreds of thousands of people every year. Until Edward Jenner noticed that milkmaids who had contracted cowpox, a less deadly form of the disease, didn’t get smallpox. This was the first vaccine.” We felt that this was a somewhat crude explanation of how vaccinations were invented and were astounded that this was the kind of information that our children were being taught in school, on such an important subject. For this reason, VacTruth decided to take a closer look.

To educate children about the flu vaccine, Naro explained that:

“Evolution is a constant arms race. As you become immune to invaders, the invaders adapt to try to get around your immunity. The flu is really good at this.

Each year scientists have to try to predict which flu strain will be the big one to vaccinate against.”

It appears that Naro’s comic was written in two halves. In the first half, the information that he had portrayed was brief and somewhat limited. The second half, however, in which he covered the subject of vaccines and autism, was written in immense detail and took up a total of TWELVE separate panels.

The information on the panels about vaccines and autism stated:

“I heard that vaccines cause autism.”

“Q. Do vaccines cause autism?

A. Nope. The myth began in 1998, when an English medical journal called The Lancet published a paper which claimed a link between autism and the Measles, Mumps, and Rubella vaccine (MMR).”

“However, after a lengthy investigation, it was discovered that the author, Andrew Wakefield, had not only fudged the data … but did a lot of other shady stuff.”

“For example, he paid kids for blood samples at his son’s birthday party.”

“Before publishing, he filed a patent for his own version of the MMR vaccine.”

“He was paid hundreds of thousands of pounds by the UK Legal Aid Fund for his expert testimony in a class action suit against MMR manufacturers.”

“All of it undeclared.”

“Before long, celebrities like Jenny McCarthy began latching on to the scare.”

“Soon it became trendy to keep your children ‘pure’ by not injecting them with ‘chemicals.’”

“By the time Wakefield’s misconduct had come to light, his paper retracted … and his medical license taken away … ” (sic)

“The damage was done. Now he is held up as martyr by anti-vaccine proponents.” (sic)

So, there you have it, this is the so-called science being taught to our children in school. Naro provided no studies, no statistics and as far as we were concerned, no science throughout his entire comic.

It appears that Naro’s comics were less about teaching children the truth about vaccines and more about impressing on them that Dr. Wakefield was a crook and that vaccines do not cause autism.

What makes this even worse is the fact that this is the “science” that examiners around the world are basing their exam questions on.

Is it any wonder that this little comic was backed by the Bill and Melinda Gates Foundation?

One UK mother was so shocked by her son’s recent GCSE exam papers that she decided to send them to us for our opinion. As you can see, in part three of the exam paper, students were given the following information by the examiners:

“In 1998, a scientific report was published linking the measles, mumps and rubella vaccine (MMR) with autism. As a result, the rate of measles vaccination dipped significantly in the 2000s. Several outbreaks of measles have occurred in UK since this date, resulting in at least three deaths and a number of patients suffering severe complications.

The scientific report was later discredited as the data on which the report relied was invalid.”

They were then provided with a graph outlining the statistics for measles between 1996 and 2014 and asked to:

Step 2. Write a letter to parents of young children explaining why they should vaccinate their children against measles.”

However, before writing their letter, they were instructed to include the following information:

We were informed, that to prepare students for their exam, the teacher provided the following information sheet as homework. Reading the homework sheet carefully, you will notice that the same information was repeated a total of five times. We believe that this is the kind of brainwashing technique (NLP) that is currently being used in educational settings, to brainwash children into believing in a certain way.

Interestingly, we were informed that this homework was given to the students twice! We would like to know why!

If you notice, there is a common theme running through each of the examples I have provided. Each of them has individually mentioned The Lancet study and the fact that vaccines do not cause autism. This repetitive behavior is what is often referred to as “mind control” and in this case, its main objective is to manipulate the students into believing what the government wants them to believe.

This technique has also been adopted by the media, who, for many years, have also repeated exactly the same information over and over again to portray certain messages. However, there is one problem: there is documented proof that vaccines can and do cause neurological disorders, including autism, as reported in the Measles Vaccine Scandal: World Governments Have Known It Can Cause Neurological Diseases Since 1970s. [7]

The message is clear, as far as governments are concerned: the more often something is repeated, the more likely the public will believe it. Or, in the words of Joseph Goebbels, “If you tell a lie big enough and keep repeating it, people will eventually come to believe it.” [8]