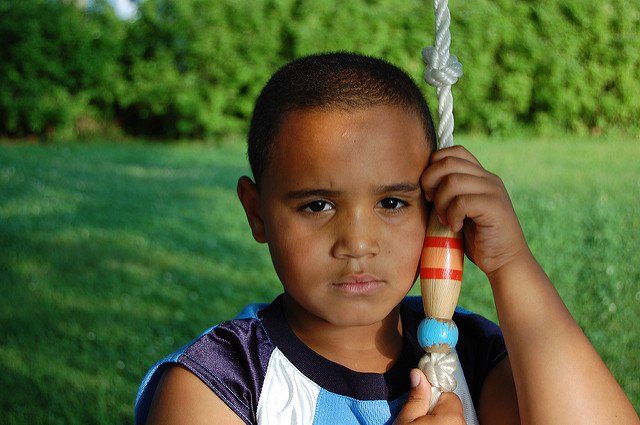 If vaccinations were so effective in improving the health of children, why do the statistics not bear this out? In fact, the opposite has been shown to be true. Increasing vaccination rates are correlated with growth in diseases for our children.

Unfortunately, the Centers for Disease Control and Prevention (CDC) and physician groups mistakenly maintain that vaccines are responsible for eliminating many frightening childhood diseases including measles, mumps, chicken pox and polio. These diseases and others targeted by vaccines are, in truth, minor childhood illnesses which cause few health problems.

These medical groups recommend the current aggressive vaccine schedule, although vaccines have never been proven to be safe or effective. They fail to address the epidemic of chronic disease for today’s children and also deny that vaccines could be causing them, in spite of evidence to the contrary. [3-5]

US Vaccination and Illness Rates Compared to Others

In 2009, Generation Rescue completed a comprehensive review of publications and literature on vaccination, autism and infant mortality rates. Their review concluded that the US recommended 36 vaccinations for children under 5 years of age, double what most other developed countries recommended.

The average number of vaccinations for the 29 other Western countries studied was 18. The US had the highest autism rate in the world, with one out of 150 children diagnosed at the time of the study, ten times higher than other countries. The US placed number 34 for its infant mortality rate, rating higher than all 30 countries studied. [6]

Research by Miller and Goldman has likewise found a statistically significant correlation between vaccinations and infant mortality. Other research has established that vaccinations given to infants are responsible for causing SIDS (sudden infant death syndrome). [7]

How Do Other Countries Handle Vaccine Injuries Compared to the US?

This protection resulted in skyrocketing increases of vaccine use and injury. US policy focused on protecting vaccine makers, not American children who were dying or becoming permanently damaged as a result of vaccines. Other countries responded more responsibly.

Japan has been exemplary in their handling of vaccine injury and responsibility toward the care of their children. Japan quickly made their DPT vaccine safer, after the death of two infants in 1975. Japan repealed mandatory vaccinations in 1994. Japan’s children enjoy superior health compared to American children, while also receiving fewer vaccinations. [8]

Why the US Vaccinates So Much

Legal immunity was granted to all vaccine makers in the late 1980s, resulting in a dramatic increase in vaccinations with little concern for safety. There are fewer restrictions placed on vaccinations than those placed on new drugs. Vaccinations are highly profitable and pharmaceutical companies long ago bought out our health care system. [9]

There is a strong correlation between growing disease rates among children with the dramatic increase in the vaccination schedule. Research has shown that vaccines cause neurological damage, autoimmune diseases and autism. Vaccines are a major contributor to our current heath epidemic facing our children. [10]

Autism is non-existent for those not vaccinated. Rates for other childhood diseases including dyslexia, epilepsy, SIDS, allergies, hyperactivity, celiac disease, gluten sensitivity, ADHD, and ear infections were extremely low for those children unvaccinated. [12]

How Scary Were Childhood Diseases such as Measles, Mumps, Chicken Pox and Polio?

While there was the rare individual who developed complications from measles, mumps, chicken pox and polio, the vast majority of children suffered a very common, mild infection requiring a few days off school for rest and recovery, attaining permanent lifetime immunity and strengthening of the immune system. Even polio, which did sadly result in paralysis for some, was mostly mild and undiagnosed for most who developed the illness.

Even more significant is the fact that these childhood diseases cannot be explained away by vaccinations. Improvement in sanitation and natural disease fluctuations were responsible for their elimination. [13-15]

Vaccines are a major contributing factor to today’s health crisis in our children. Vaccines wrongly credited with saving lives and improving health is instead responsible for destroying lives.

Legal immunity granted to vaccine makers has contributed to a growth in unsafe vaccinations, which profit pharmaceutical companies while injuring our children.

How to Fight this Misguided Vaccination Trend

Education and advocacy are key in redirecting the misguided vaccination expansion in our healthcare system. Progress is evident by the fact that vaccines are now considered controversial and many have heard of vaccine injury.

Each individual who is open-minded should be approached with vaccine injury stories and vaccine facts. Contacting Congress members to protest proposed strict state vaccination laws is also critical. The NVIC has an advocacy site one can join to get updates on proposed local state vaccine law changes.

It can be discouraging, but there is a growing movement led by vaccine-injured, parents of vaccine-damaged, researchers and informed health care professionals to end this dangerous vaccination trend. Each unvaccinated, saved life is a victory.